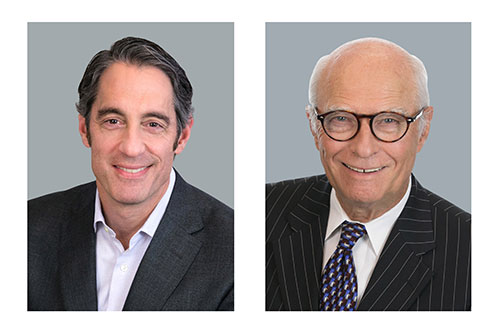 US insurance brokerage Woodruff Sawyer has revealed that it’s making a few key leadership changes. Andy Barrengos, CEO of the brokerage since 2016, has been appointed to the role of CEO and chairman by Woodruff Sawyer’s board of directors. At the same time, chairman Stan Loar has received the title of chairman emeritus.

Loar has had a significant influence on the insurance industry during his 50-year career, holding leadership roles at many industry organizations around the world. These have included being a chairman of both Assurex Global and the Western Association of Insurance Brokers, as well as being the treasurer and a board member of the National Association of Insurance Brokers.

Loar is currently a board member of the World Federation of Insurance Intermediaries (WFII) and of Bermuda captive PAR Ltd. He has also served as a member of the board for CIAB for several decades and was honored with the Ramsden/Sullivan Memorial Award from the Independent

Insurance Agents and Brokers of California (IIABC) in 2014.

“The two chairmen before me had a clear picture of what it meant to build a company that was independent and service-oriented, including hiring smart, well-educated experts who were passionate about protecting and advocating for our clients,” Loar noted in a press release. “As CEO, Andy has built upon that ethos of ‘client-first’ and is leading our team forward with camaraderie and trust.”

Barrengos joined Woodruff Sawyer in 1996 and became CEO in 2016.

“I’ve had the opportunity to work with and benefit from great leaders at Woodruff Sawyer and learning from Stan over the last 25 years has been invaluable,” Barrengos said. “His leadership is defined by integrity and optimism; his passion, independence and fierce commitment to our clients have been foundational to both where we have come from and where we are going as a firm. I cannot fully express my gratitude for his leadership, partnership and friendship. I look forward to continuing to work with him as chair emeritus. The role will allow the Woodruff Sawyer board to continue to benefit from Stan’s valuable insights.”

The brokerage’s board has also introduced a new position to the company. The presiding director role will rotate each year among board committee chairs and Chuck Shoemaker, Woodruff Sawyer’s senior vice president and audit chair, will be the first to take on this position effective immediately.

How insurance companies can keep feeding talent pipeline amid pandemic