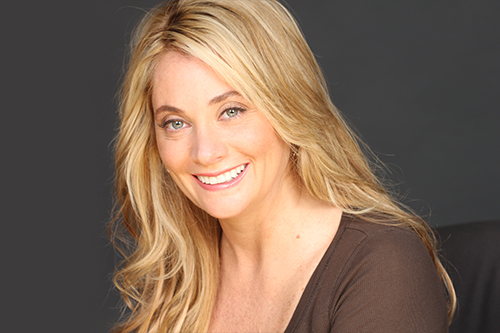 Marchesi believes that the solution to the gulf between diversity and inclusion is for women to set their own table instead of waiting for a seat at somebody else’s. It’s about getting out of your comfort zone, she said, and proactively seeking opportunities in your professional life. Nobody is going to knock on the door and give you those opportunities – instead, you must surround yourself with people who will set you up for them and support your development.

“And if you don’t feel the support from your firm or your colleagues or your management, you have to be your own advocate and build your own stage and set your own table. And right now, I’ve got my table set, and I get to choose who sits here.

“And choosing who sits at it is not a personal thing, it’s just about business and you’ve got to keep it that way. I may not like certain individuals personally but I know they bring a different value to the table that I don’t have and, when I build a team, I want to build one that will get the job done no matter who they are.”

For Marchesi, who first started work when she was a teenager and who brings over 25 years of insurance and construction surety experience to her role at NFP, it has always been clear that women are doers, not sayers. It is widely understood that actions speak louder than words, she said, and actions are where women tend to thrive. Women get things done and it is these actions which drive a business forward.

Diversity of thought and experience is an essential asset for any organization, she noted, and women bring a different perspective to the business world. The insurance industry, like the construction industry, needs to change and the only way that can be done is through the bringing in of new perspectives.

“You don’t want to build a team where everybody thinks like you,” Marchesi said, “you want to bring in strong people that have strong values and expertise and knowledge in different areas that you do not. You do not want to be the smartest person in the room and, while you may feel intimidated by someone that knows more than you in certain areas, that’s OK. That’s what builds a strong team.”

There is a reason that hockey and football teams are called ‘teams’, she said, and that’s because they are made up of different players that bring a different strength to their position. Businesses must work together as a team and that team should be a diverse group. Bringing in a completely different perspective is what changes a culture internally and changes to an organization’s culture should not be driven by HR, they have to be driven by the senior leaders, including the CEO.

“For me, when I do retire, I want to be able to leave something behind and to have made some kind of change,” Marchesi said. “And if in my career I can make a change, just one little change that inspires and motivates others to do more and to believe in themselves and take control of their own career and not rely on anyone else to do that, then that’s a legacy.”